EUROPEAN CHRISTMAS TRADITION -
​as the part of European Cultural Heritage

Different, yet similar.
The aim of this activity  was to celebrate Christmas through collaborative activities and share cultural elements from their traditions.
Tasks:
1. Christmas card exchange
2. Christmas songs and carols.
3. Collaborative work - pictures DO YOU KNOW WHAT DOES SANTA DO  EVERY DAY?
4. Christmas dictionary. 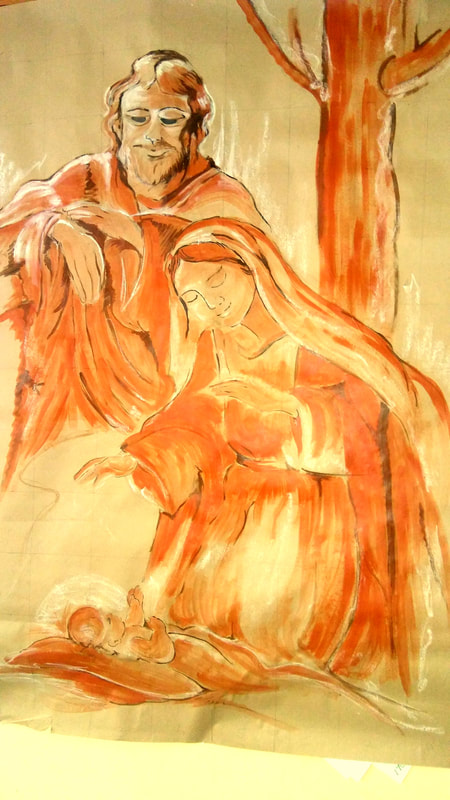 ​Another task in our project was creating a hand-made
Christmas cards with the information about our village/city,
​Christmas traditions and wishes for the partners expressed in English. 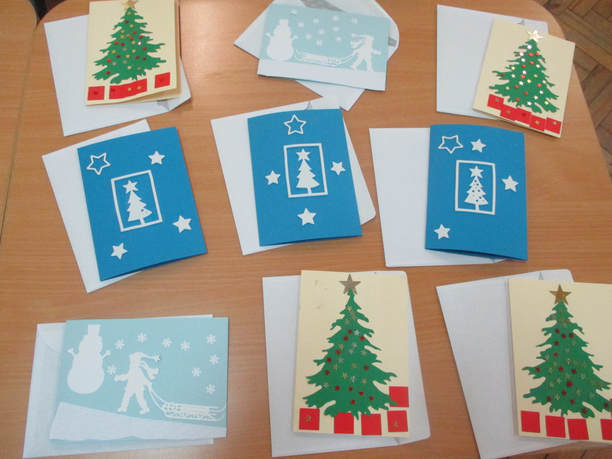 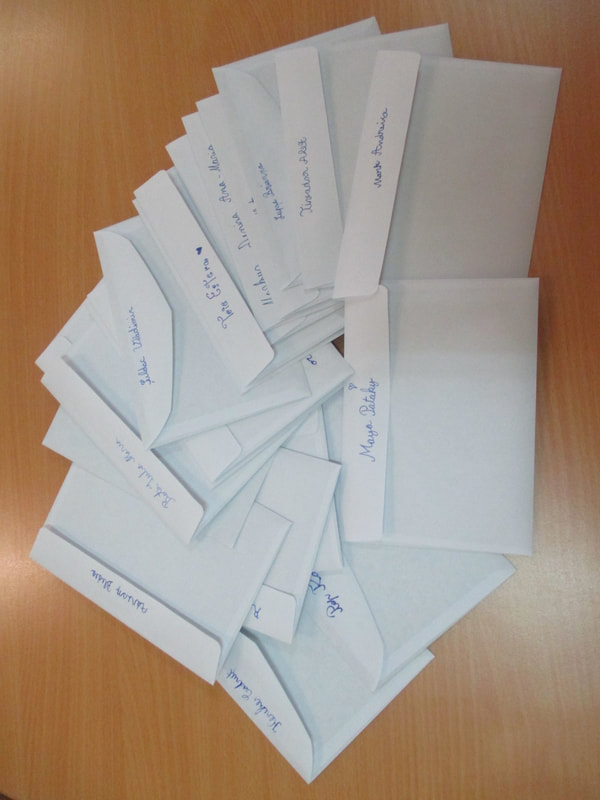 In many places St. Nicholas is the main gift giver.
His feast day, St. Nicholas Day, is December 6, which falls early in the Advent season. Some places he arrives in the middle of November and moves about the countryside, visiting schools and homes to find out if children have been good. Other places he comes in the night and finds carrots and hay for his horse or donkey along with children's wish lists. Small treats are left in shoes or stockings so the children will know he has come.
Where St. Nicholas is prominent, his day, not Christmas, is the primary gift giving day. Parties may be held on the eve, December 5th, and shoes or stockings left for St. Nicholas to fill during the night. Children will find treats of small gifts, fruit or nuts, and special Nicholas candies and cookies. St. Nicholas gifts are meant to be shared, not hoarded for oneself.
Do you know what does Santa do every day?
WE     KNOW :)

The Christmas traditions across Europe are as varied as the landscapesthat they are all set in. We were curious to learn about some of these celebrations and asked some of our friends across the continent what they looked forward to most at Christmas time.
​
ROMANIA
Christmas season in Romania kicks off right after St. Andrew’s Day (November 30),
when according to local legends, vampires and evil spirits come to light.
The period leading up to Christmas is filled with wonderful celebrations, including Romania’s National Day (December 1st) and Saint Nicholas (Mos Nicolae), when all children receive gifts. Romanians are religious people and they usually practice fasting throughout the year (Mondays and Fridays) by abstaining from eating animal products. All the more important is the Nativity fast, which runs from November 14th to December 24th. According to the Orthodox religion, during these 40 days preceding Christmas, nobody is allowed to eat meat, eggs, or milk, with few exceptions when fish is permitted (St Ignatius).
POLAND
Christmas Eve is known as Wigilia (pronounced vee-GHEE-lee-uh). Traditionally, the house is also cleaned and everyone wore their best festive clothes. The main Christmas meal is eaten in the evening and is called "Kolacja wigilijna" (Christmas Eve supper). It's traditional that no food is eaten until the first star is seen in the sky! So children look at the night sky to spot the first star!
On the table there are 12 dishes - they are meant to give you good luck for the next 12 months. The meal is traditionally meat free, this is to remember the animals who took take of the baby Jesus in the manger. Everyone has to eat or at least try some of each dish. For catholics the 12 dishes symbolize Jesus's 12 disciples. Like in many Catholic countries, Christmas Eve is often a 'fasting day' meaning that some people don't eat anything until after sunset (when the Church day officially ends).
So that's where the custom of the first star come from.
Some people in central Poland say that at midnight the animals can talk.
ITALY
Traditionally, Christmas trees go up and a religious feast is enjoyed on the 8th of December to celebrate the immaculate conception of the Virgin Mary.
On Christmas Eve, children across the country leave out a glass of wine and cake for Babbo Natale (Father Christmas). In some cities, like Trieste, San Nicolò (Santa Klaus) brings presents on December 6, while in Verona the tradition of Santa Lucia sees the whole city celebrate with Christmas markets and children receiving presents on December 13.
Across Italy the nativity scene, Presepe, is a very popular and widespread tradition with most churches and even many homes taking part. Some towns even host competitions for the best one. Children add small statues to recreate the manger at the time of Christ’s birth with the statue of the baby Jesus only added on Christmas Eve.
The traditional Italian cakes eaten through the season include Pandoro, originally from Verona, and Panettone, from Milan, both sweet breads with raisins and candied fruit included in the Panettone. On Christmas Day, the hero dish is roasted capon (cockerel).
GREECE
On Christmas Eve, children, especially boys, often go out singing 'kalanda' (carols) in the streets. They play drums and triangles as they sing. Sometimes they will also carry model boats decorated with nuts which are painted gold. Carrying a boat is a very old custom in the Greek Islands.
If the children sing well, they might be given money, as well things to eat like nuts, sweets and dried figs.
Christmas Trees are popular in Greece. But an older and more traditional decoration is a shallow wooden bowl with a piece of wire suspended across the rim. A sprig of basil wrapped around a wooden cross and hangs from the wire. Some water is kept in the bowl to keep the basil alive and fresh. Once a day someone, usually the mother of the family, dips the cross and basil into some holy water and uses it to sprinkle water in each room of the house.
SPAIN
Most families eat their main Christmas meal on Christmas Eve before the service. The traditional Spanish Christmas dinner is 'Pavo Trufado de Navidad' which is Turkey stuffed with truffles (the mushrooms, not the chocolate ones!), although it's not commonly eaten now. In Galicia (a region in north-west Spain, surrounded by water) the most popular meal for Christmas Eve and for Christmas Day is seafood. This can be all kinds of different seafood, from shellfish and mollusks, to lobster and small edible crabs.
​